Wondering why people do what they do, is as old as humanity and is based on the observation of behavior. The answers to this question have evolved and have gone through different stages. 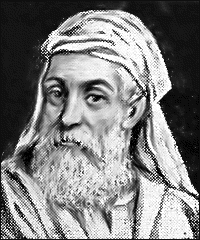 He was the founder of the school of medicine in Sicily. He argued that all came from four roots or elements: earth, air, fire and water. The combination of these four elements was an infinite number of forms. These, influenced by two natural forces, love and hate, formed human behavior. 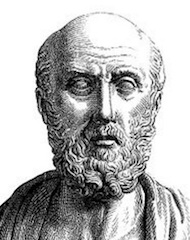 He was the observer of people by excellence. He realized the effect of weather and terrain on the individual. He defined four types of environment to which assigned a behavior and an appearance for every environment, even suggested what people will conquer others in battle based on the environmental conditions in which they were raised. He Believed the atmosphere and terrain affect the behavior and appearance. Hippocrates advanced in his theories and the next thing he did was identify four temperaments (sanguine, melancholic, choleric and phlegmatic) who partnered with four bodily fluids (blood, black bile, bile and mucous). 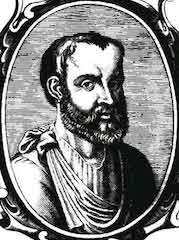 He lived in Rome and also spoke of the impact of fluids on the behavior and temperament. The explanation of the temperaments was that if you have a cold and fast fluid you are directive, dominant and decisive and like to lead people. If you have a fast fluid type, warm or hot, your mouth will have the need to express and talk all the time. if you have a fluid that is mild and slow, you are family oriented, stable and relational. If you have a slow and cold fluid you are a thinker, a meticulous perfectionist, one who wants accurate in detail. 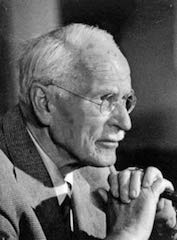 Carl Gustav Jung was born in Switzerland. He was a psychiatrist, psychologist and essayist, a key figure in the initial stage of psychoanalysis, later, founder of the school of analytical psychology, also called complex psychology of Depth Psychology. He developed the “psychological types”. 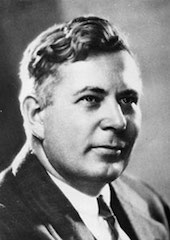 Marston was born in the Cliftondale, Massachusetts. Marston was educated at Harvard University, graduating Phi Beta Kappa and receiving his B.A. in 1915, an LL.B. in 1918, and a PhD in Psychology in 1921. After teaching at American University in Washington, D.C., and Tufts University in Medford, Massachusetts, Marston traveled to Universal Studios in California in 1929, where he spent a year as Director of Public Services.

The psychologist and the inventor

Marston is credited as the creator of the systolic blood pressure test, used in an attempt to detect deception, which became one of the components of the modern lie detector. From his psychological work, Marston became convinced that women were more honest than men in certain situations and could work faster and more accurately. During his lifetime Marston championed the latent abilities and causes of the women of his day.

William Moulton Marston fixed his psychological interest in “normal” or typical people. He was interested in the daily challenges of ordinary people. He was not interested in psychotic behavior or mental illness in general. Marston wanted to develop a unit of measurement of ‘mental energy’. The DISC was in part the result of his research about measuring the energy of behavior and consciousness. Although his intention in developing the DISC Theory was to demonstrate his views about human motivation.

In 1928 Marston published “Emotions of Normal People”, and although he had written about DISC four years earlier, it was in this book that he formally presented the DISC theory. In 1931 Marston published a second book about the theory, “Integrative Psychology”.

The DISC Theory was one of the first attempts to apply psychology to ordinary people, outside of a purely clinical enviroment.